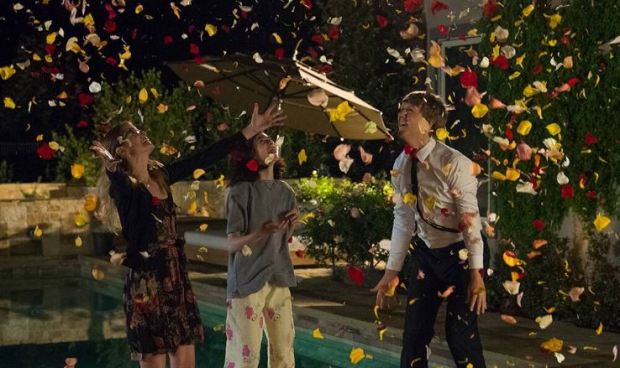 Look, its been a week since the launch of Too Much TV and I’m kind of mad someone hasn’t started a rival column called Not Enough TV.

I forgot to mention last week that I’m based in Australia so will try my best to point to the networks and streaming services responsible for these shows but it may differ depending on your location. If in doubt, tweet @MrCamW and we’ll see if the hive mind can help track down a series.

A good showing for comedies this week and we’re going to discuss the merits of comfort viewing. And, most importantly: the dot com.

Have never seen a show pivot so hard to an anthology series.

The first season of Miracle Workers lived in the shadow of The Good Place, which is a shame because it’s corporate version of the afterlife was quite funny and the cast is excellent: Daniel Radcliffe (Swiss Army Man), Geraldine Viswanathan (Blockers), Karan Soni (Deadpool), Lolly Adefope (Shrill), and Steve Buscemi as a deadbeat god. If it passed you by, Miracle Workers definitely worth adding to your catch-up list.

The second season switches the location to Earth (unless there’s a big twist coming) during the dark ages but keeps the same cast and assigns them new characters. In this anthology format Miracle Workers: Dark Ages takes on a Blackadder vibe and the ensemble is good enough to make it work.

The Dot Com is back!

People have been craving the next big fantasy series since Game of Thrones ended but The Bold Type  has been here the whole time!

Set in the magical of kingdom of Vancouver pretending to be New York, Jane (Katie Stevens), Sutton (Meghann Fahy) and Kat (Aisha Dee) rule the world of magazine publishing while finding the time to do anything but work for a magazine. At Scarlet magazine office hours are loose, deadlines are never ending and the takes are hot. The trio are incredible singers and dancers, too, because everyone in this show is a triple threat. But this is what makes The Bold Type a great workplace fantasy and its held together by the chemistry of the three leads.

The added allure is the maddening aspect of how the show handles its portrayal of working in the media. I yell at the TV a lot. Ask anyone you know who works in a similar field and you’ll get a 55-minute rant about the delusions of The Bold Type, but what do people want, realism? This is The Bold Type not The Broke Type.

The offices of Scarlet magazine got cleaned out at the end of season three and season four picks up right as the mag (industry talk for magazine) undergoes big changes. The Dot Com is on the rise.

Set in the same universe as the Jason Bourne films, Treadstone asks the question: what if everyone was a Jason Bourne? Mums, dads and grandmas, all Jason Bournes. Faster than you can say ‘GET THE CHEMS’, whoops, Uncle Joe is a Jason Bourne and is punching his way through Europe.

The second a character answered the phone, “hello, this is a the CIA,” I knew this show was toast. The bone-crunching action of the Bourne series gets sillier in this globe-hopping series that jumps around with its timelines, too. Worth a look for curious Bourne fans only but disappointment may await. 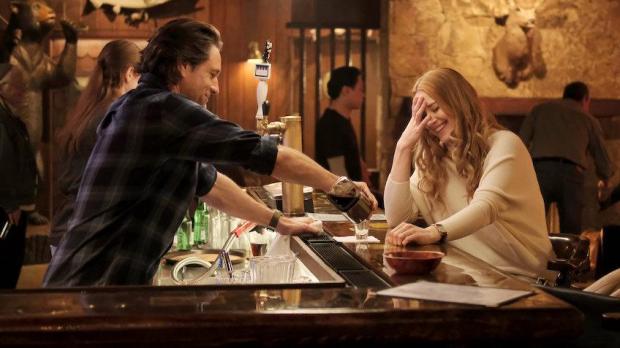 Comfort viewing is an underrated pocket of the onslaught on modern TV and it’s inherent bleakness (see: The Outsider). If Hart of Dixie left a big, quirky hole in your life then look no further than Virgin River. In fact, the shows are so similar that Tim Matheson (Hart of Dixie) plays a doctor in both.

A nurse practitioner, Melinda (Alexandra Breckenridge), who does not want to be confused with a regular nurse, moves to a small town for a fresh start. You know what that means? A series of flashbacks over the course of the season. Everyone has a sad backstory in the titular Virgin River, which is its primary source of tourism. Most of the population of Virgin River is, how do I put this, ridiculously good looking and prone to love triangles; especially Jack Sheridan (Martin Henderson) whose seems like he was designed in a lab using spare Hemsworth parts.

The medical side of the show means the plot can tick along with emergencies only a nurse practitioner (not to be confused with a regular nurse) can solve while hearts beat loud throughout the town. Virgin River lacks the small-town quirks of Hart of Dixie and Gilmore Girls but it has the same wholesomeness. You may scoff at Virgin River initially but you’ll knock it over in a weekend.

At first, I didn’t know what to make of Everything’s Gonna Be Okay because I was too busy crying.

Josh Thomas’ (Please Like Me) show is a shot through the heart. Thomas plays Nicholas, a 20-something Australian who becomes the guardian of his American half-sisters, 14-year-old Genevieve (Maeve Press) and 17-year-old Matilda (Kayla Cromer), after their dad dies of cancer.

In the past decade, a lot of family comedy/drama has made a big deal about their approach to blended families. Heck, they even made a show called Modern Family.

Everything’s Gonna be Okay doesn’t need to make a big deal about its premise because we’re eased into a tragic situation and roll with Nicholas’ newfound responsibilities as a guardian. Even if you plan to have kids, nothing can ever prepare you for the responsibility because everyone is making it up as they go.  Winging it through being a ‘responsible person’ (whatever that means) is where Thomas’ series thrives.

The casting of Genevieve and Matilda is what makes Everything’s Gonna be Okay stand out from other family dramas because you don’t have 28 year olds pretending to be teenagers. Cromer and her character are both on the autism spectrum and the show explores what it’s like for her character in a neurotypical world without big speeches or stirring music.

Everything is Gonna be Okay is effortlessly authentic, funny and lovely (a lot of hard work to make this happen, for sure). Think Party of Five meets Uncle Buck.

The What We Do in the Shadows spin-off gets weirder and funnier in its second season.

Wellington Paranormal returned late last year and I’ve been slowly making my way through it because I didn’t want it to end. Officer Kyle Minogue (Mike Minogue) and Officer O’Leary (Karen O’Leary) investigate paranormal activity under the watch of Sergeant Ruawai Maaka (Maaka Pohatu, who is deadly serious about being hilarious).

Each episode offers a different spin on spooky creatures and sci-fi creations — there’s an episode where a robot made of vape pens is on the loose. Wellington Paranormal has an excellent joke hit rate combined with the dry New Zealand sense of humour.