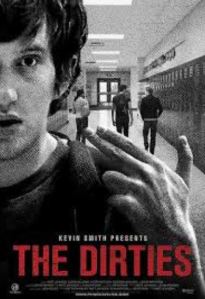 Found footage films sometimes fail to make an impact, beyond gimmickry, because filmmakers forget that the footage has to be discovered. It’s a contract with the audience that’s often broken. There was a brief moment in the late 90s when people believed The Blair Witch Project was real after an advertising campaign led us to believe three filmmakers disappeared in the woods. Buying into something that’s perceived to be real enhances the experience of these movies. Even the Coen Brothers deployed the ‘true story’ at the beginning of Fargo, despite only being loosely inspired by disparate crime stories, because they wanted to heighten the tone of the narrative as it spirals out of control. Style has overtaken concept when it comes to found footage, predominately with horror films, but The Dirties redefines the genre.

Two high school friends, Matt (Matt Johnson on acting, co-writing and directing duties) and Owen (Owen Williams), begin to make a short film for a class project. Matt and Owen’s creation is a revenge film where the school bullies, nicknamed ‘The Dirties’, meet their fate in bloody Quentin Tarantino inspired sequences. The inspiration for the project is the real life ‘Dirties’ who terrorise Matt and Owen, and their film is only the beginning of a much larger plan for retribution.

The fallout of The Dirties is devastating and it’s like witnessing evidence being used in a trial to explain the occurrence of a tragedy. Matt and Owen endure beatings from school bullies and their film is a dark expression of a twisted fantasy, but most of all, it’s a cry for help. Johnson and co-writer, Matthew Miller, haven’t presented Matt and Owen as squeaky clean teens deserving of nothing by pure empathy, they’re a little dorky, abrasive and misguided; pretty damn close to regular teenagers. Johnson and Williams melt into their roles and make the friendship feel incredibly authentic. When the cracks begin to appear Johnson does a superb job of warping Matt’s outlook as he begins to formulate a sinister plan, all done with a jocular grin across his baby face to show Owen that it’s all just a big joke.

The masterstroke of The Dirties is the unseen third character who acts as the primary cameraperson, accomplice, and the perceived fictional editor of the found footage we are seeing. There are scenes where Matt comments about cutting together a musical montage, which is showcased a few scenes later, as if ‘the editor’ is crafting a fitting tribute to their friend in the aftermath of the final moments.

There are many intricate layers to The Dirties, showing the found footage genre at its most potent as a storytelling tool that’s not afraid to challenge difficult themes. 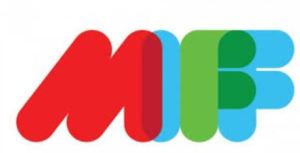