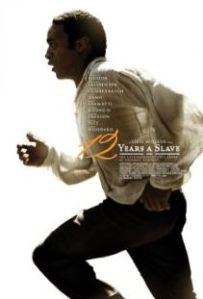 12 Years a Slave is the feel terrible film of 2013, but for a very good reason. As a director, Steve McQueen doesn’t hold back from showing a grotesque period in American history. While the setting is bleak, 12 Years a Slave is imbued with an invigorating message of hope from an astonishing tale of endurance.

In 1841, Solomon Northup (Chiwitel Ejiofor) is a free African American living in upstate New York with his wife and two children. One night Solomon is abducted, stripped of his papers and sold into slavery. At first Solomon is sold to a plantation owner, William Ford (Benedict Cumberbatch), but after a series of incidents, Solomon is passed on to a malevolent cotton famer, Edwin Epps (Michael Fassbender). The story is based on the autobiography by Northup that was first published in 1853.

America in the 1800s is opulent but incredibly barbaric under the cloud of slavery. McQueen doesn’t hide the ugliness to soften the blow; it’s out in the open, festering like a gangrenous limb. The brutal way the slaves are treated is difficult to watch, and so it should be, with rape, beatings and public lynching all commonplace. There’s an authenticity to the world McQueen has created. The director isn’t pandering to your emotions, begging for you to feel something. McQueen wants you to witness the atrocities committed by white slave owners and the images leave a mark on your conscience.

12 Years a Slave is a very austere film in tone, but from within the darkness McQueen and screenwriter, John Ridley, begin to slowly pull back the veil on Northup’s incredible ability to survive an environment designed to oppress every inch of his being. Northup’s capacity to read and write immediately puts him at a disadvantage, and he has to practically strip himself of his entire identity to go unnoticed. The oppression is unrelenting and yet Northup fights to live another day. Sean Bobbitt’s cinematography lights up McQueen’s frame as stunning glimpses of the natural world shine for a better tomorrow. McQueen is forever capping each passage of time with lush sunsets or by focusing on the glistening juices from a plate of berries Northup is eating. These are the little glimmers of hope, the beats of life that prevent Northup from giving up. McQueen has an incredible eye for these minute details. These are the artistic flourishes of a master storyteller.

Always ready to set an unsettling tone is the score by Hans Zimmer which blasts and strains along with Northup’s hardships with various gothic sounding horns and strings. It’s almost as if Zimmer is plucking the nerves of every character. Zimmer’s work is chilling but gives away beautifully to more tender sounds during the film’s lighter moments.

Ridley’s screenplay showcases enthralling conversations between Northup and other slaves as well as his different masters about the nature of slavery and survival. Staying alive isn’t a matter of putting up a fight, but keeping your head down, working hard and waiting for the opportunity at freedom if it ever arises (which for a majority is never). During several scenes it’s haunting witnessing other slaves turn a blind eye to the lashings and hangings happening only metres away from where they are working or children are playing. The confrontations between Northup and Epps are incredible, especially because Epps is the violent embodiment of pure evil, and deluded enough to perceive himself as a God.

Fassbender puts in a career best performance (so far) and he is a demonic presence. His eyes are full of rage and he roars like a dragon when provoked. He stalks the cotton plantation instigating chaos and even in the silent moments his demeanour hints at a man praying for an outbreak of violence, it’s incredible. Sarah Paulson is especially insipid playing Epps’ wife who often encourages the worst in her husband out of jealousy or revenge. There really isn’t a bad performance in 12 Years a Slave, representing the despicable white people are Paul Dano, Paul Giamatti, Scoot McNairy and Taran Killiam who are all suitably repellent and Cumberbatch is a calming presence as the kind slave owner (who is still kind wicked because he owns slaves). Practically carrying most of the film on his own is Ejiofor who is such a tender and intellectual presence as Northup. He injects the film with the humanity needed to connect with the horrific experience which is something that’s impossible to fathom. In the same way that Tom Hanks managed to build and then unleash a phenomenal amount of emotion in Captain Phillips, Ejiofor does the same and toward the finale, despite the horrors endured, the actor manages to give a beautiful outpouring of love and hope.

Powerful is an understatement when talking about 12 Years a Slave. McQueen agitates in order to educate and it’s an unforgettable experience.