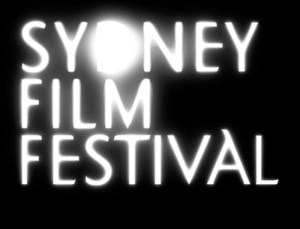 When you have a little spare time at a film festival the best thing to do is…see a film. With Thursday’s morning schedule free of festival films it was an opportunity to head to Dendy Newtown Sydney to see Jeff Nichols’ new film ‘Mud’ which is currently in an extremely (almost criminal) limited run in Australia.

‘Mud’ tells the story of two kids who help a stranger (Matthew McConaughey) living in a swampland in America’s south. The kids approach the situation with innocent optimism, and it’s interesting seeing the characters develop in their interactions with the damaged adult characters. McConaughey continues his superb run with performances (‘Lincoln Lawyer’, ‘Killer Joe’, ‘Magic Mike’ & ‘Bernie’) and the film looks fantastic.

The first proper Sydney Film Festival session of the day was ‘Oh, Boy’. Set in Berlin, Germany, and shot in black and white, the film focuses on a university drop out wafting through life. It has a Larry David level of awkward comedy throughout that’s subtle but effective. It has a surprising amount of depth and has a lot to say about the direction less situation of ‘Generation-Y’.

The next ticket waiting to be claimed was for director, David Gordon Green’s ‘Prince Avalanche’ starring Paul Rudd and Emile Hirsch, playing road maintenance workers mending an area ravaged by brushfires in 1988. The film is hilarious and instantly became one of my favourite films so far in the festival. The doofus duo are amazing and there is a wonderful tale of friendship woven into the story. The score is also wonderful and matches the kooky montages placed throughout the film nicely. I will gush further about this film at a later date.

Finishing off the day and taking a few years off my life was the slasher/home invasion film ‘You’re Next’. It’s an exhilarating film with lots of effective scares and an ace lead performance by Sharni Vinson. Ignore any comparison this film gets to ‘Scream’ or ‘Cabin in the Woods’ because it’s not in the same league, but certainly the division below. Definitely one to see with a big crowd.

Tomorrow’s films are ‘Cutie and the Boxer’, ‘Borgman’, ‘Shopping’, ‘Downloaded’ and ‘Frances Ha’.