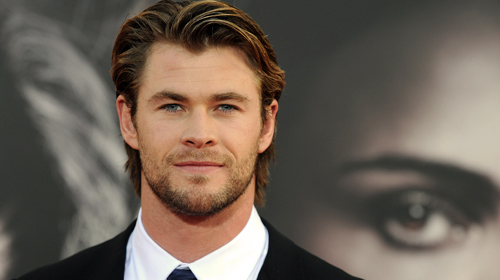 Australian actor Chris Hemsworth has reached a status in Hollywood where studios are now seeking out projects for the actor to appear in following his success in ‘Star Trek’ (brief but decent), ‘Thor’ and ‘The Avengers’.

Deadline reports that Sony Pictures has hired the writing team of Chris Cantwell & Chris Rogers to work on the script for ‘Shadow Runners’ as a project for Hemsworth.

Hit the jump for details on the film.

The plot of the film is said to be inspired by the true story of a group of Israeli operatives who infiltrated a hotel in Dubai to kill a Hamas leader, only to see the rendezvous captured on surveillance cameras.

In the film, Hemsworth will play a former Navy SEAL who tries to recapture his potential and repair a rift with an old comrade in arms, as he leads a team of elite international operatives on a mission against a mysterious enemy.

What makes the production interesting is that the original pitch to Sony was done by ‘Drive’ screenwriter Hossein Amini, who’ll be an executive producer on ‘Shadow Runners’.

No word on when the film will begin production or a released date.

Sony will have to find time to grab Hemsworth who is currently filming Ron Howard’s ‘Rush’ followed by ‘Thor 2’ and the rumoured ‘Avengers 2’.

Hemsworth also has ‘Snow White and the Huntsman’ out in June and the ‘Red Dawn’ remake that may never see the light of day under his belt.