EW got their hands on the first images of Quentin Tarantino’s ‘Django Unchained’.

The story is set in the pre-Civil War south but has the style of a spaghetti western and will no doubt be Tarantino’s great homage to the genre.

Hit the jump to check out Waltz and Foxx in action and DiCaprio getting in some hammer time. 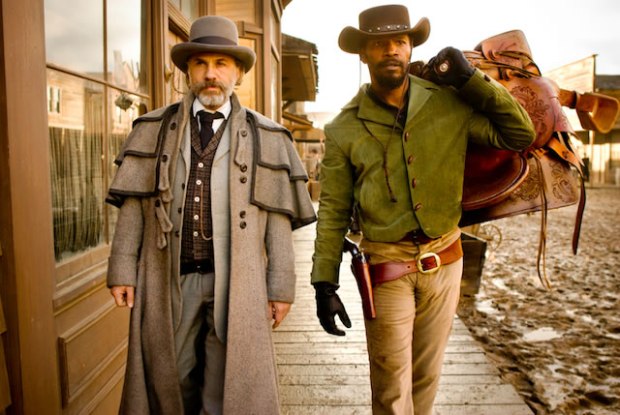 Our first impression is that the film is a lot more colourful than we expected but the costume design looks sensational. Can’t wait to see DiCaprio in bad guy mode and the amount of facial hair in play is crazy.

Besides ‘The Hobbit’, ‘Django Unchained’ is one of the event beard films of the year.

Head over to EW and Collider for the cast talking about the film.