The viral campaign for Ridley Scott’s ‘Prometheus’ has been outstanding so far and today it went to new levels of awesome with a new clip titled ‘Happy Birthday David’.

The clip features an introduction to David (Michael Fassbender), the latest android from Weyland Corp set the launch as part of Project Prometheus.

These clips are special because apparently they will not feature in the final film and have been created to expand the universe of ‘Prometheus’ to promote the film, while sending film geeks to hospital with nosebleeds caused by overexcitement.

Hit the jump to check out the clip as well as a promotion poster for David.

It looks like Fassbender is going to steal the show as David and since ‘Prometheus’ is a prequel to ‘Alien’, we all know that the Weyland Crop androids can be a little “buggy”. We can’t wait to see what happens to David on his first trip into space. 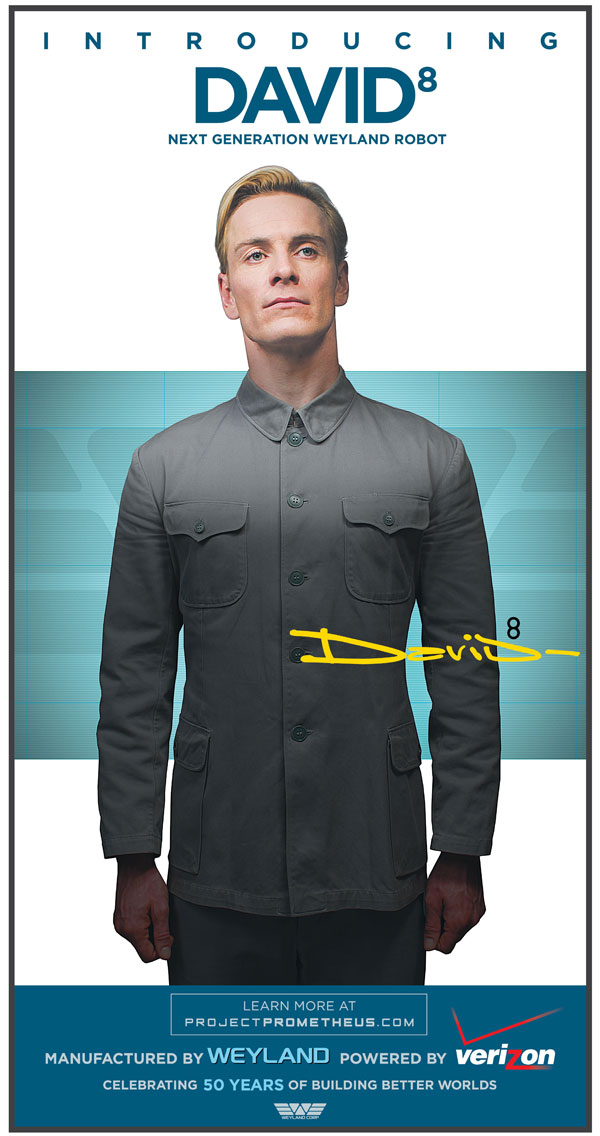 “Ridley Scott, director of “Alien” and “Blade Runner,” returns to the genre he helped define. With PROMETHEUS, he creates a groundbreaking mythology, in which a team of explorers discover a clue to the origins of mankind on Earth, leading them on a thrilling journey to the darkest corners of the universe. There, they must fight a terrifying battle to save the future of the human race.”