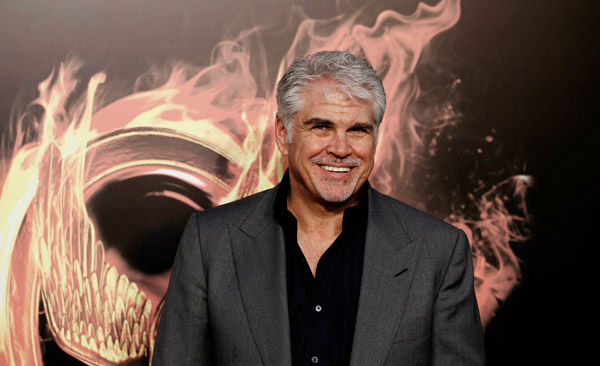 Now that ‘The Hunger Games’ is a monster hit Lionsgate are getting ready for the sequel ‘Catching Fire’. The three leads Jennifer Lawrence, Josh Hutcherson, and Liam Hemsworth are already signed on to appear in the sequel and, no doubt, the third film ‘Mockingjay’ as well.

The biggest player who doesn’t have a deal in place is director Gary Ross and The Hollywood Reporter and Collider are reporting that he is in negotiations with Lionsgate to return.

Hit the jump for more details and how ‘Catching Fire’ could face a huge delay.

Allegedly, Ross was paid $3 million to direct ‘The Hunger Games’ plus five per cent on the back end. With no deal in place for Ross to direct future films in the series, he is in a good position to ask for more money.

There is no doubt that Ross was instrumental in making ‘The Hunger Games’ a huge success. It was his direction that many critics applauded and brought the film down to earth, as opposed to the bloated spectacle it could have become in the wrong hands.

Lionsgate can’t hide that they don’t have the money, but they have to spend it wisely to ensure the quality of the franchise continues and Ross could get a good deal out of it. Of course, if Ross wants too much money Lionsgate could easily give him the flick and hire a new director similar to the ‘Harry Potter’ and ‘Twilight’ films. Considering Lionsgate recently absorbed Summit and their executives (masters of the ‘Twilight’ films) into team Lionsgate; a change in director could be likely.

Another tough challenge facing Lionsgate with the production of ‘Catching Fire’ is the possibility of delays due to the schedule of Lawrence. ‘Catching Fire’ has a release date of 22 November 2013 with production starting later in the year. Lawrence is set to star in the sequel to ‘X-Men: First Class’ that could go into production soon if Fox decide to exercise Lawrence’s option to do the sequel. The ‘X-Men: First Class’ sequel already has a director with Matthew Vaughn returning and Fox might rush it into production to capitalise on Lawrence’s star power.