First image from ‘The Lone Ranger’

Production on ‘The Lone Ranger’ is finally filming in New Mexico after months of boardroom battles over the film’s budget. Rumour has it that director Gore Verbinski and producer Jerry Bruckheimer took huge pay cuts to make the film after reports that the films budget was close to $200 million and Disney wasn’t willing for fork out the cash.

Hit the jump to check out the image. 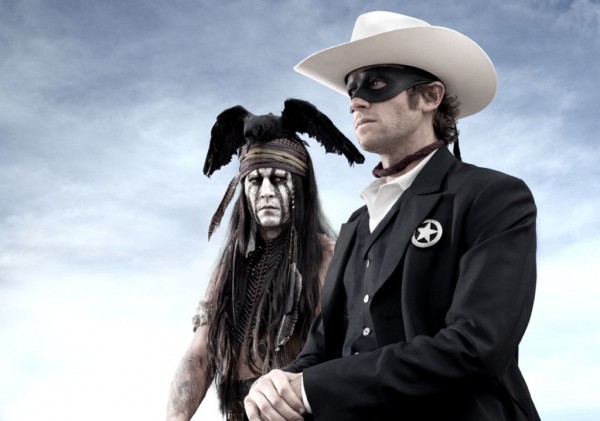 Hammer looks pretty good and it appears that Depp has been given free reign over the creation of his character, similar to the creation of Captain Jack Sparrow in the ‘Pirates of the Caribbean’ series. Verbinski worked with Depp on three of the ‘Pirates’ films and is one of the people responsible for saving Depp from getting fired after Disney saw early rushes of Captain Jack and wanted to pull the plug. Billions of dollars later Verbinski has the power to say – I told you so.

“The Lone Ranger” is a thrilling adventure infused with action and humor, in which the famed masked hero is brought to life through new eyes. Native American spirit warrior Tonto (Johnny Depp) recounts the untold tales that transformed John Reid (Armie Hammer), a man of the law, into a legend of justice—taking the audience on a runaway train of epic surprises and humorous friction as the two unlikely heroes must learn to work together and fight against greed and corruption.

2 thoughts on “First image from ‘The Lone Ranger’”