Show me the money! US box office report 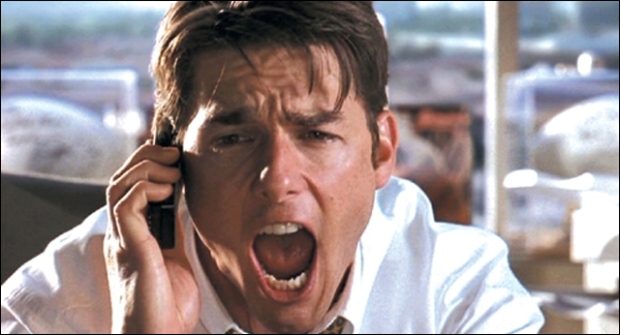 Winners
The overall winner was the box office in general with four films opening to more than $20 million. It’s the second time in history that it has happened and proof that that 2012 is going to be huge year for the bank accounts for studios. What we’re seeing now is the flow on effect of the anticipation of the big summer tent-pole films such as ‘The Avengers’ and ‘Dark Knight Rises’. People are excited about going to the movies for not only the films on offer, but to see the trailers as well.

‘The Vow’ got the top spot but it was so close that ‘Safe House’ can share the victory. ‘The Vow’ and its opening easily paid the alleged $30 million dollar budget with only unknown marketing costs to recoup. The pulling power of Channing Tatum and Rachel McAdams astounds, helped a little by the kitsch factor of Valentine’s Day. Despite what you think of Tatum and McAdams, they can open a film and their star power is on the rise as well as their payday.
Ryan Reynolds career is saved with ‘Safe House’ and its big opening of $40 million. A good result for him after two bombs in 2011 – ‘The Change Up’ and ‘Green Lantern’. It also marks the second highest opening of Denzel Washington’s career behind the $43.6 million of ‘American Gangster’.

Fox scored big with the 3D re-release of ‘Star Wars Episode 1’ with $22.5 million. It’s a pretty good result for a film that is notorious for being disliked by ‘Star Wars’ fans. It’s free money for Fox who probably only spent cash marketing the film with reports that there wasn’t much to the 3D conversion of the film.

Capping off the winners circle with minor victories were ‘The Grey’, ‘Chronicle’ and ‘The Woman in Black’. Each film held well, especially ‘Chronicle’ that rocketed to just under $40 million, that’s not bad for a film with a alleged budget of $15 million.

Losers
‘Journey 2: Mysterious Island’ opened just ahead of ‘Star Wars: Episode 1’ with $27.3 million and ahead of the first film in the series ‘Journey to the Centre of the Earth’ that opened to $21 million. We’re chalking this one up as a minor loss because the film is alleged to have a budget of up to $80 million. You can’t help but think the film was box-office-blocked by ‘Star Wars Episode 1’ that may have lured away the family audience from ‘Journey 2’. Overseas box office will get ‘Journey 2’ over the line and it’s a proud member of the over $20 million awesome foursome.

We predict: This Means War #1

Total studio grosses for releases in 2012 as of 12 February

One thought on “Show me the money! US box office report”