The end of the year in the movie critic world is full of lists. The good, the bad and the ugly are lined up and numbered, and are sent to either cinematic hell or film lovers heaven. We’ve begun putting together our lists here at the Popcorn Junkie but we thought we’d kick off the proceedings with our biggest disappointments of 2011. These films rate slightly above the absolute worst and the feelings we have towards these films are the disappointment of a proud parent. You know the line ‘I’m not upset, I’m just really disappointed with you’ we’ve all been there. These films showed so much potential and had the talent on board to succeed; they just didn’t deliver the goods.

A few films may cause debate so feel free to comment.

Director Jon Favreau’s first step outside the ‘Iron Man’ series was a genre-mashing mess. Eight writers worked on the screenplay and it’s littered with cheesy dialogue and clichés. The film never finds the right tone and gets stuck in a cinematic no man’s land. The CGI works against the film and looks out of place in the western setting. The alien design lacks originality, and you start to feel alien fatigue as elements from every other creation from the 2011 alien invasion line up merges into one monstrosity. Giant rubber looking alien frogs verses Daniel Craig in leather chaps – no thanks.

2. Pirates of the Caribbean: On Stranger Tides

Captain Jack Sparrow went solo and the ‘Pirates of the Caribbean’ franchise continued to sink in quality (‘The Curse of the Black Pearl’ is the only good film in the series). It was Johnny Depp’s show with the help of a few series favourites and director Rob Marshall. Unfortunately, the Captain Jack show did its best to put the audience to sleep and there was a poor attempt at replacing the romantic hole left by Keira Knightly and Orlando Bloom with Penelope Cruz as Blackbeard’s daughter. Making matters worse, a poor 3D conversion was slapped on the final product that proved to be nothing but a headache-inducing money making exercise.

I think this film will end up on a lot of “best of” lists and is sure to be overhyped as Brad Pitt’s Oscar campaign begins – not on my watch! I found it to be one of the dullest movie experiences of 2011. People were literally falling asleep in our cinema, me included. Painfully slow and full of sporting jargon that does nothing to service the thin plot, ‘Moneyball’ strikes out. 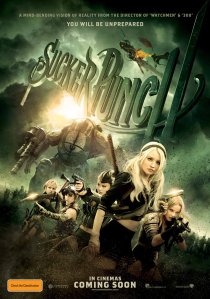 A visual feast was promised and that’s what we got … and nothing else. Terrible performances and a plot that tried to be too clever made sure that Zack Snyder’s tale of female empowerment was the exact opposite. A teenage boy’s wet dream come to life, it would have probably been best kept in the brain of Snyder.

Full credit goes to Kevin Smith for trying something different. Action and suspense is often missing from Smith’s films and ‘Red State’ showed he could handle the heavy stuff. The problem is that all Smith’s hard work is let down by a horrible final act that doesn’t do the film any justice. Signs of greatness showed but it wasn’t the grand Smith comeback film he had hoped for.

Some films are Oscar bait and nothing begs for awards better than a good old African American civil rights flick. ‘The Help’ should have been that film but in reality it was a really ordinary chick-flick. Ridiculous sub-plotting and a bloated run-time of over two hours really dragged it out of any potential awards contention.

This film screams “Best actress Oscar, gimme, gimme, gimme!” Yes Meryl Streep’s performance as Margaret Thatcher is good, but they forgot to build a proper movie around it. It’s a glammed up tele-movie and nothing more.

One thought on “Biggest disppointments of 2011”